Leslie Howard completed a fragment of a piano sonata named “Allegro” in a collection of Tchaikovsky’s piano works published in Russia. The circumstances surrounding this piano sonata and the reasons for its abandonment remain a mystery. However, Leslie Howard says, “This sonata is as powerful as Piano Sonata in C minor, Op. 80 by Tchaikovsky”. A recording of Leslie Howard’s own performance of the sonata has been released by the British music label Hyperion.

Tchaikovsky was especially fond of the piano: he practised constantly, especially in his almost daily readings of the vocal scores of operas, and he produced a large body of piano music spread throughout his composing life. Much of his output for the piano has been unfairly neglected amidst complaint that the music does not lie well for the hands and that it exploits only a narrow range of the piano’s possibilities. Even his most important piano work – the Grand Sonata, opus 37 – has had very few apologists, and it has often been suggested that this music would fare better were it orchestrated. But, like Schubert, whose piano writing shows some similar awkwardness, Tchaikovsky is so convincing in purely musical terms that to neglect the piano works on technical grounds is simply churlish.

Strictly speaking, there are three piano sonatas by Tchaikovsky, although the last to be composed was the only one published in his lifetime. Thus, the opus 37 sonata is the third, the C sharp minor sonata of 1865 [published posthumously as opus 80, and containing the early version of what became the scherzo of the first symphony] is the second, and the unfinished single-movement work of 1863-4 is the first. We do not know either the reason for this work’s genesis, or that for its being abandoned incomplete, but the remaining torso is well worth rescuing – indeed, the material is far stronger than that of the C sharp minor work of the following year. The F minor movement first appeared in the old collected edition of Tchaikovsky’s works, with a great many editorial suggestions relating to missing accidentals, but also with numerous errors: misreadings, slips of the pen and uncorrected engraving mistakes.

Tchaikovsky’s manuscript consists of 172 bars of music: a sonata exposition without introduction, and with a first-time bar leading to its repetition, then a development section. The manuscript breaks of at an advanced stage of this development. The completion involved composing the return to the principal theme, the reworking of the transition and then varying of the second subject, and the construction of a short coda from a cancelled transition passage in Tchaikovsky’s manuscript. The aim throughout was, of course, to add as little new material as possible. The completed sonata movement, which runs to 338 bars of music lasting a little over ten minutes in performance, shows a confident young Tchaikovsky whose rhetorical gestures and melodic lyricism were already an adumbration of the personal trademarks of the mature master. 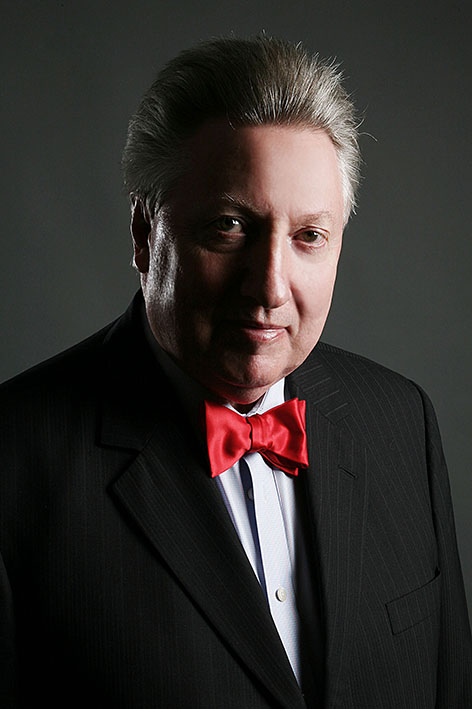 To celebrate his seventieth birthday, Leslie Howard has prepared some of the works which have proved most in demand by his many followers throughout the years: a programme of Liszt’s operatically inspired piano music that he is playing in many countries. 2018 will also see the release of one further CD of hitherto unrecorded pieces by Liszt, finally bringing the total to 100, and so extending the already unequalled accomplishment of the largest solo artist recording project in the history of classical music. (The new disc can be safely slotted into the famous complete Liszt boxed set which has been available from Hyperion Records since 2011.) This critically acclaimed project merited Leslie Howard’s entry in the Guinness Book of World Records, six Grands Prix du Disque, the Medal of St. Stephen, the Pro Cultura Hungarica award and a mounted bronze cast of Liszt’s hand presented by the Hungarian President.
Leslie Howard has balanced his prodigious recording career with an international concert itinerary which has seen him performing regularly throughout the world for more than half a century, always with a repertoire that seeks to extend the audience’s experience and to challenge accepted hierarchies of received wisdom. He has appeared regularly with the world’s finest orchestras, and has also pursued a distinguished career as a chamber musician, partnering many of the greatest solo musicians and ensembles of our time.
In addition to his solo Liszt recordings, Leslie Howard’s CD discography contains many other important world première recordings, including the four piano sonatas of Rubinstein, the three piano sonatas of Tchaikovsky and a disc of Scandinavian piano sonatas. All his early solo and duo recordings (with David Stanhope) of the music of Grainger have been reissued in a 5-CD set by Eloquence. There are also the Piano Quartets of Rubinstein – world première recordings for Hyperion, 25 Etudes in Black and White – his own compositions recorded for ArtCorp, and a disc pairing the two Rakhmaninov piano sonatas for Melba Recordings. Melba has also released two CDs with Mattia Ometto joining Howard in the complete music of Reynaldo Hahn for two pianos and piano duet. A work in progress, Brilliant Classics are issuing three sets each of 3 CDs of Liszt’s complete music for two pianos, again with Mattia Ometto – the first box contains all 12 of Liszt’s own two-piano versions of his symphonic poems. Leslie Howard’s latest solo release is of Beethoven’s ‘Eroica’ Variations and the complete ‘Creatures of Prometheus’ in Beethoven’s own solo piano version, for the Heritage label.
In his capacity as a renowned scholar working from primary sources, Professor Howard has produced 13 volumes of Liszt Society Publications for The Hardie Press, including the complete chamber music, 30 volumes of the Music Section of the Liszt Society Journal, and 7 volumes of the new Urtext Liszt scores for Edition Peters (with much-praised versions of the Sonata and the Dante Sonata). His other editorial work includes a new reconstruction and orchestration of Paganini’s fifth violin concerto for the collected Paganini Edition in Italy, the full score of Bellini’s ‘Adelson e Salvini’, and the now-standard two-piano score of Rakhmaninov’s 4th Concerto for Boosey & Hawkes.