Preface by Nicolas Namoradze
My Arabesque is based on principles that define arabesques in visual art: those of ornate, spiraling and interlacing patterns. The pianist’s hands are superimposed throughout the work, playing intertwined figurations where the individual strands can only be distinguished by dynamic shifts between the hands. Two types of sections alternate with each other – one ascending, the other descending – creating a slow oscillation in the upper half of the keyboard. A study in gentle changes of color and sonority, the shifts between various textures occur extremely gradually throughout the work, in a manner reminiscent of M. C. Escher’s Metamorphosis prints. 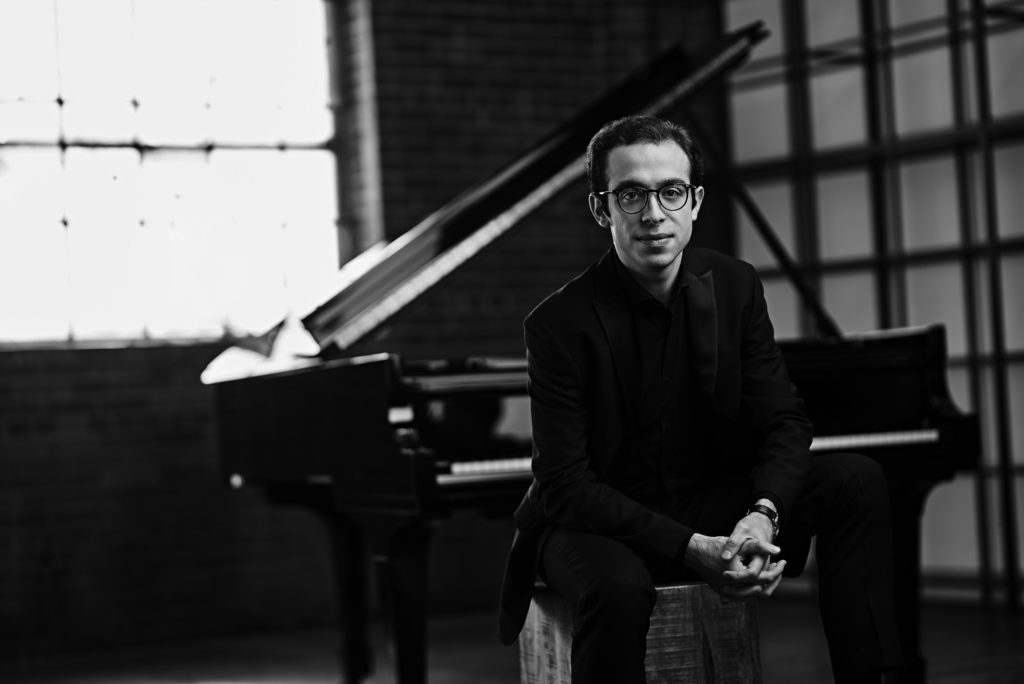