Roberto Piana, a leading Italian composer-pianist, described the act of writing operatic paraphrases (fantasias) for piano as ‘an institute in refining a piece of music’, and through this creative act, he explored the possibilities of the piano. This “Grand Fantasy on Puccini’s « La Bohème » for piano” by Roberto Piana this time, takes about 30 minutes to perform and requires a high level of skill and musicality to play. Throughout the piece, some arias we have all heard at one time or another, such as ‘Sì, mi chiamano Mimì’, ‘Quando men vo’ and ‘Vecchia zimarra, senti’, will also appear and will feel somewhat familiar to you.

The subject of my new work is “fantasy on opera themes”, a genre very popular in the nineteenth century, in which—inexplicably, to me— creators lost interest during the twentieth century. It was my intention to go beyond the simple mannerist exercise, and to attempt not only a revival, but a renewal of the genre. I was moved by the belief that fantasies still constitute a research laboratory in the field of musical elaboration. I am convinced that the fantasy is born from improvisation, and should not be circumscribed to any particular “period”. (Roberto Piana) 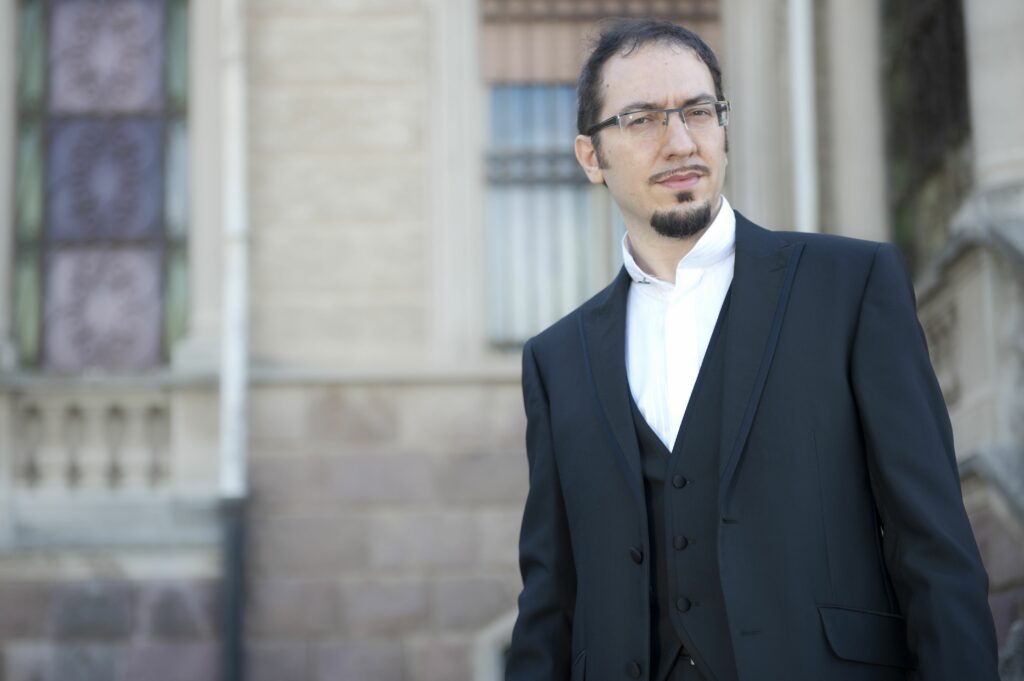 Roberto Piana
Pianist and composer, Roberto Piana was born in Sassari, on the Italian island of Sardinia, in 1971. He perfected his studies with numerous famous pianists, but owes his training to Isabella Lo Porto, with whom he graduated in piano studies with top marks, at the Music Conservatory of Sassari.
As a pianist, he has performed with great success in numerous theatres such as Rond Point on the Champs-Elysées in Paris, Teatro Regio in Turin, Teatro alla Scala in Milan, University of Saint Petersburg, Russia, as well as in cities such as Ajaccio, Arnhem, Barcelona, Brussels, Charleroi, Düsseldorf, Effretikon, Lausanne, Liège, Mons, Stuttgart, Zurich.
Since 1994, he has authored essays, books, and CDs (Stradivarius, Da Vinci Classics, Amadeus, Tactus, Documenta Edizioni, Suonare News).
Roberto Piana is the author of piano, vocal, chamber and symphonic music performed in important festivals all over the world (Newport Festival, Chopin Festival in Duszniki Zdroj, «Rarities of Piano Music» at Husum castle, Lang Lang International Piano Festival in Shenzhen (China), Mostly Modern Festival, International Russian Music Piano Competition in San Jose in the United States, Russia, Japan, in England, South Africa, Israel, etc.).
The scores of his compositions have been published by Bèrben, Les Productions d’OZ, Da Vinci Edition, Editoriale Documenta, Edizioni Musicali Wicky.
Many of his compositions can be heard on CDs released by labels such as Steinway & Sons, Centaur Records, Music & Arts, Brilliant Classics and TwoPianists.
He is a piano professor at the Sassari Conservatory of Music.