Nikolai Khozyainov wrote the improvisation a piano piece based on the Japanese folk song “Sakura Sakura”. The mysterious lightness, darkness, beauty, and fragility of the cherry blossoms are beautifully fused with Khozyainov’s imagination.

Preface by Nikolay Khozyainov
The piece you are holding in your hands is my improvisation on the famous Japanese folk song called “Sakura Sakura” (“Cherry Blossoms, Cherry Blossoms”). Ever since I began visiting Japan, I had always dreamt of seeing the cherry blossoms, whose ﬂowers have become legendary. Even just the aesthetic pleasure of contemplating this wonder excited me and made me look forward to the day I would see them. 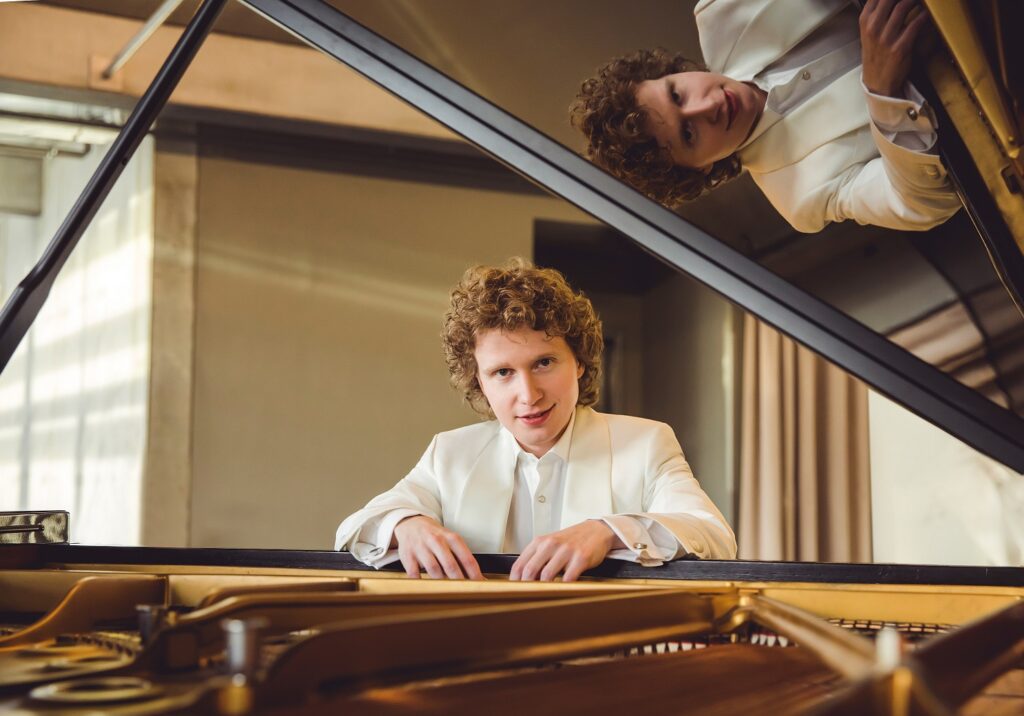 Nikolay Khozyainov is one of the most remarkable pianists of the world. His musicality and formidable technique have thrilled audiences across the planet, his recitals and concerto engagements include sold out performances on all continents at the world’s foremost stages such as Carnegie Hall and Lincoln Center in New York, Kennedy Center in Washington, Wigmore Hall in London, The Louvre and Théâtre des Champs-Élysées, Salle Gaveau in Paris, Tchaikovsky Hall in Moscow, Tokyo’s Suntory Hall, Sydney Opera House, Tonhalle in Zurich, Palazzo Quirinale in Rome, Auditorio Nacional in Madrid, the United Nations and many others.
Maestro Khozyainov has been honored by numerous presidents and heads of state, great cultural and political figures. In January 2018, the Emperor Akihito and Empress Michiko of Japan celebrated Nikolay at his concert in Tokyo’s Suntory Hall. In 2022 he was knighted by the Spanish Royal Family as Knight Commander.
Khozyainov has performed with the London Philharmonia Orchestra, Tokyo Symphony Orchestra, Sydney Symphony Orchestra, Warsaw Philharmonic Orchestra, Czech National Symphony Orchestra, Russian State Symphony Orchestra, Russian Philharmonic Orchestra, The Yomiuri Nippon Symphony Orchestra, RTE National Symphony Orchestra of Ireland among many others.